Take a look at the new 2014 Chevy Corvette Stingray with Jay Leno. Available soon at VanDevere Chevrolet in Akron Ohio. 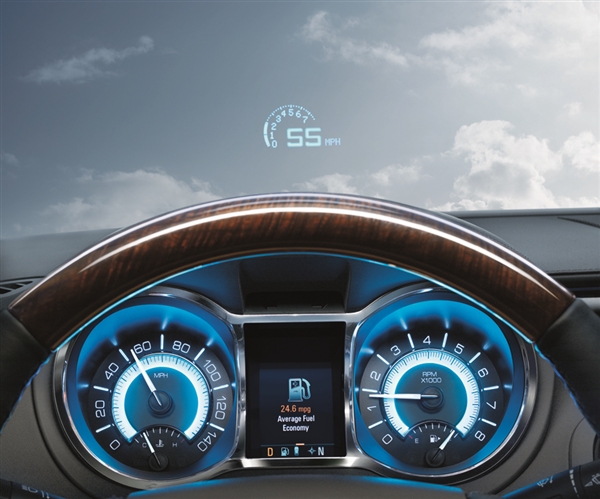 It in the past, it was pretty simple: A dashboard was a wooden (later steel, then plastic) board on to which a car’s instruments were mounted. Of course, that was when phones still had buttons to press (or a rotary dial).

Today, smart phones present a blank sheet of glass that can show, among other things, a virtual representation of buttons for dialing. And now cars are following suit, with LCD displays that may show a simulation of good old circular analog instruments. Or maybe a wallpaper photo of your kids.

These can make from some pretty cool-looking instrument displays, as drivers are increasingly able to customize their dash displays to suit their whims, as they’ve long been able to do with their computer and phone displays.

The upcoming Cadillac XTS will lead in this area with a huge, customizable video display for its instrument panel that lets driver choose among different display styles such as traditional and contemporary. The XTS isn’t quite ready for showrooms, so today corporate siblings Jaguar and Land Rover have the most advanced virtual instrument panel in the XJ and Range Rover models. These innovations let the driver substitute navigation or entertainment information for one of the faux circular instruments, for example. 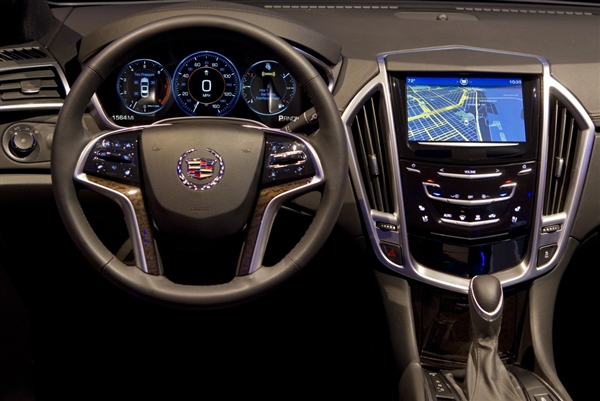 That’s possibly because a reconfigurable display allows you to show anything — even video — on the dashboard. That’s how Mercedes-Benz uses the LCD display panel in its S-Class model to show an infrared night vision image of the road ahead.

The challenge with night vision images is putting them where a driver — who should really be looking at the road ahead — can see them. Absent the mil-spec (really, it was from defense contractor Hughes), head-up night vision display that Cadillac and Hummer vehicles used to offer, Mercedes’ positioning of the display comes close.

Speaking of head-up displays (HUDs), General Motors deserves a shoutout for its projection of critical data on the inside of the windshield of many of its models, from Chevrolets to Buicks and Cadillacs. It doesn’t make the dashboard itself look any cooler, but it’s neat to see a digital speedometer appear to float in space over the car’s hood. This is a critical feature in sneaky-fast models like the Corvette, where a constant reminder of the car’s speed is a valuable ticket-avoidance tool.

But HUDs are expensive, limiting their application to high-end models like Corvettes. So Honda deserves kudos for the Civic’s dashboard, a multilevel design that positions a large digital speedometer as high and close to the windshield as possible. No, the speed number doesn’t float in air over the hood, but by making it as large, high, and far from the driver as possible, it’s easier for the driver to see the number without having to drastically refocus vision or attention.

Finally, if all this technology seems like overload, there’s a tribute to a dashboard packed with traditional circular analog instruments.

Rather than dazzling drivers with virtual reality, the instrument panel in the Cadillac SRX dazzles them with its design. Cadillac stylists carefully manage light, faceted clear plastic and chromed surfaces to produce a jeweled dashboard that might not provide video images or holographic data floating in the air, but it does look spectacular at night.

Movie studios need to keep up-to-date on the latest sound effects so they have all the sounds necessary for future movie and television scripts. To provide these audio samples,the job falls to sound engineers who spend their time capturing all the latest sounds.
In this feature flick, sound engineers from Universal Studios share the process they use to record two of Chevrolet’s more popular vehicles: the Corvette Grand Sport and the Volt. The sound engineers explain the processes they use to record the engine and driving sounds of these two different vehicles.

Check out the video below to see what techniques they use for each vehicle and why.