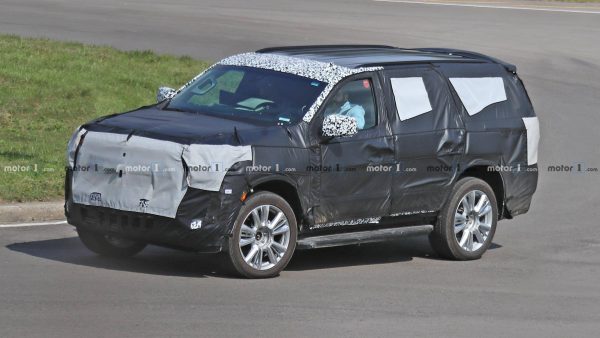 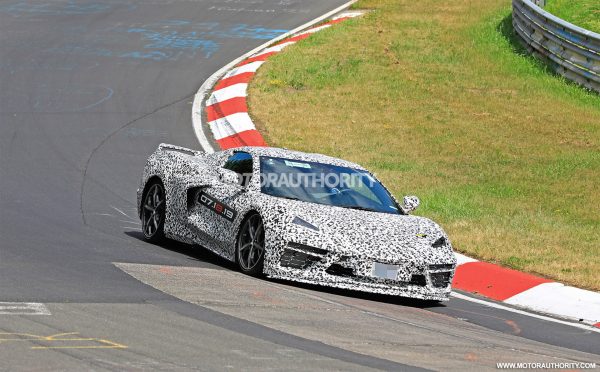 Buick did not disclose any details of the new model, but we know that the all-new Enclave in question will not be the same second-generation, full-size crossover that has been on sale in North America since 2017. In fact, the full-size Buick Enclave currently on sale in North America is not and has never been sold in China. Instead, the new Enclave will be a new model that’s smaller than the current, full-size Enclave. Previously, we reported that the vehicle in question will be called Buick Envoy, but it now appears that this will not be the case – and that GM has elected to use the Enclave name for the model.

As we reported last year, the Buick Enclave destined for China will ride on the short version of the GM C1 platform. According to our sources, the upcoming utility is known internally within GM by the C1UB program code. It will share its core architectural makeup and overall dimensions with the new Cadillac XT6 and the upcoming three-row Chevy Blazer. That would make it not quite a midsize CUV, and not quite a full-size CUV. As such, we’ve termed it “midsize plus.”

We are certain that this model will be sold in China, becoming Buick’s largest utility in that market. Whether or not it will arrive in North America is currently unclear.

What’s more, the naming is somewhat curious. Our sources initially indicated that GM China was deciding between two names – Enclave and Envoy – for the upcoming midsize utility, and that they were leaning toward the latter. But this announcement confirms that Buick has opted to use the Enclave name.

It remains to be seen whether or not the Enclave moniker will be accompanied by another identifier, such as GX – which Buick started doing recently on the second-generation Encore. It introduced a more basic model of the subcompact CUV simply as the new Encore, as well as a slightly larger and more premium model called Encore GX. Since the GX moniker denotes a more premium and larger model, it’s possible that this midsize plus model will be called Enclave, while the larger, full-size Enclave sold in North America will be renamed to Enclave GX.

In the meantime, we believe that the Envoy and Enspire names could still be used on future Buick vehicles, especially for the model assigned program code E2UB – which would essentially be Buick’s version of the Cadillac XT4. We recently saw that model undergoing testing for the very first time.

In any case, Buick says that the new Enclave will complete the range of its utility vehicles, joining the new Encore, Encore GX and Envision in the Chinese market. In turn, the introduction of the new midsize CUV will improve the brand’s overall competitiveness in one of the most popular vehicle segments in the industry.